LGBT history has recorded the very first instances of same-sex love and sexuality of ancient civilisations around the world.

In ancient China, scholar Pan Guangdan concluded that mostly every emperor in the Han dynasty had one or more partners who were male. Same-sex love was also portrayed in many Chinese literature works. 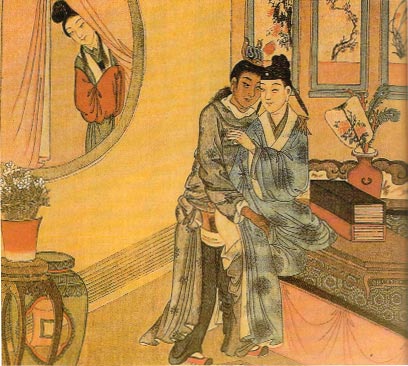 In ancient Egypt, Khnumhotep and Niankhkhnum who were royal servants are speculated to have been gay based on the representation of them standing nose-to-nose and embracing each other in their shared tomb.

In ancient India, there are many descriptions of saints, demigods, and even the Supreme Lord transcending gender norms and manifesting multiple combinations of sex and gender.

In ancient Greece, there were some stories about gods and goddesses falling in same-sex love. Ganymede who was a prince of Troy was described as the most beautiful of mortals. Zeus fell in love with his beauty and abducts him in the form of an eagle to serve as cup-bearer in Olympus. Zeus did not grant any of his lovers immortality, but he did grant immortality to Ganymede. In poetry, Ganymede became a symbol for the beautiful young male who attracted homosexual desire and love.

(The Abduction of Ganymede by Eustache Le Sueur)

View all posts by Susie Ngo